The Complete Freedom of Truth 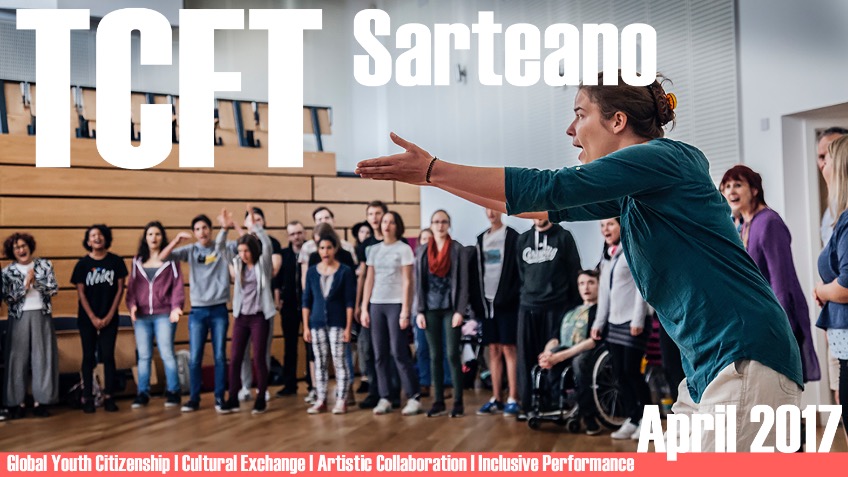 The Complete Freedom of Truth grew from working with young people and the arts in Srebrenica, 2008.  Work that continues to this day.

A group of Bosnian young people asked to learn more about music, dance, film and performance so they could create a Children’s Music Theatre.  Their aim was to build “good people, good parents, not actors” and they believed the only way to create a better future for their damaged community was through the arts and culture.

Improvised dance on the final night of TCFT at Bournemouth University

There have now been over 1000 young people involved in this long term programme of work from 7 countries in wider Europe, including the UK.

The next major international residency is in Sarteano, Southern Tuscany from March 31 – April 13 2017.

120 young people, artists, facilitators and carers will live in and around this beautiful small town, the home of the International Quiddich Championships, a 5th century castle, a beautiful 18th century theatre Teatro degl Arrischianti and up to 50 local community organisations breathing life into this special part of the world.

This is an EU Erasmus + exchange programme, concentrating on the aims of:-